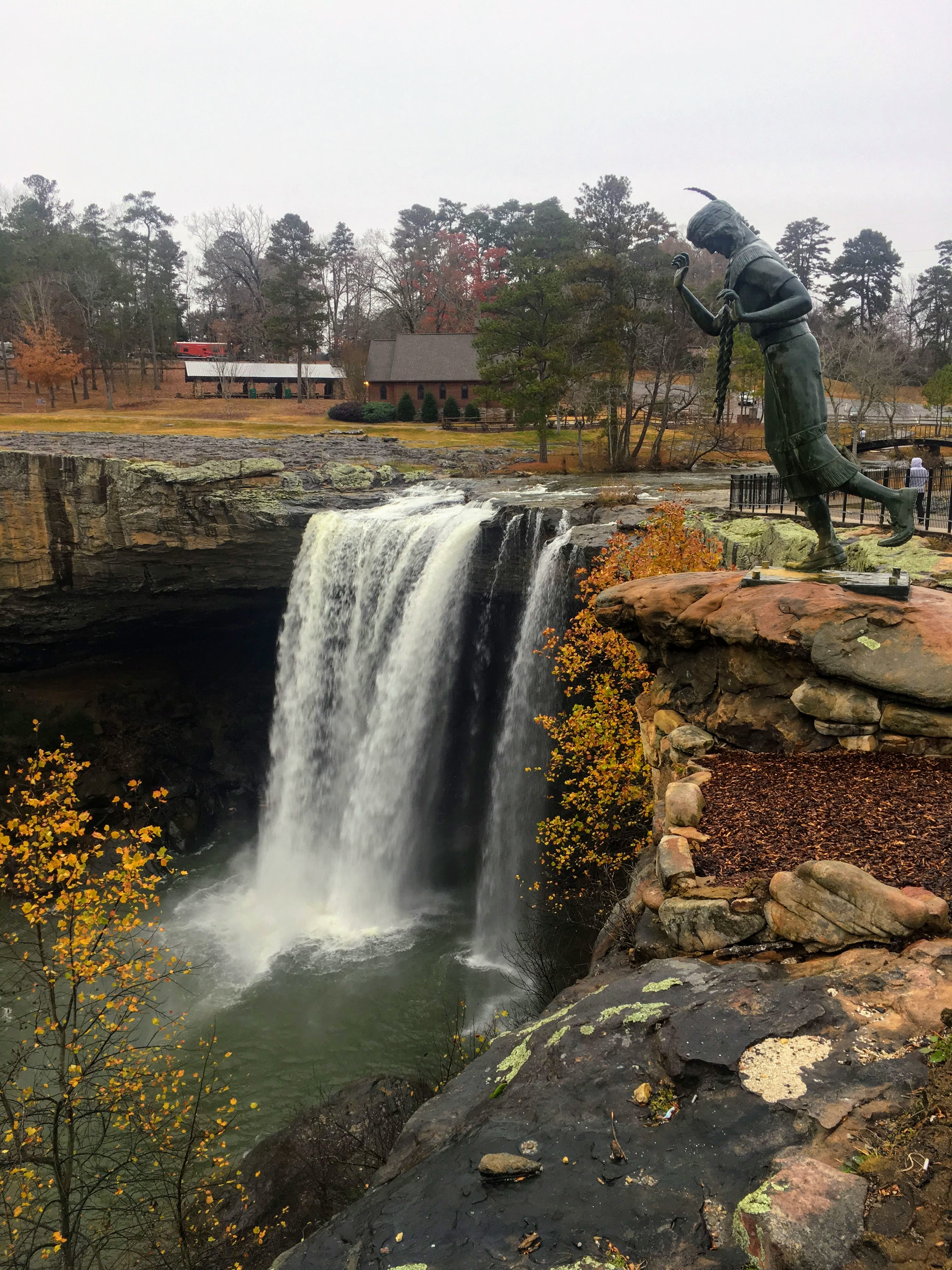 To be honest, Noccalula Falls was not on our must visit list at the beginning of our waterfall chasing adventures together.  The reasons being that the photos we had seen and descriptions given by many visitors on social media were that the water flow was often low and in many opinions, this urban, touristy waterfall was anticlimactic to them.

So, at some point in 2018, we decided that we had to get out there and see this thing for ourselves and make up our own mind...

We've returned multiple times since then and we're about to tell you why!

Noccalula Falls Did Not Disappoint 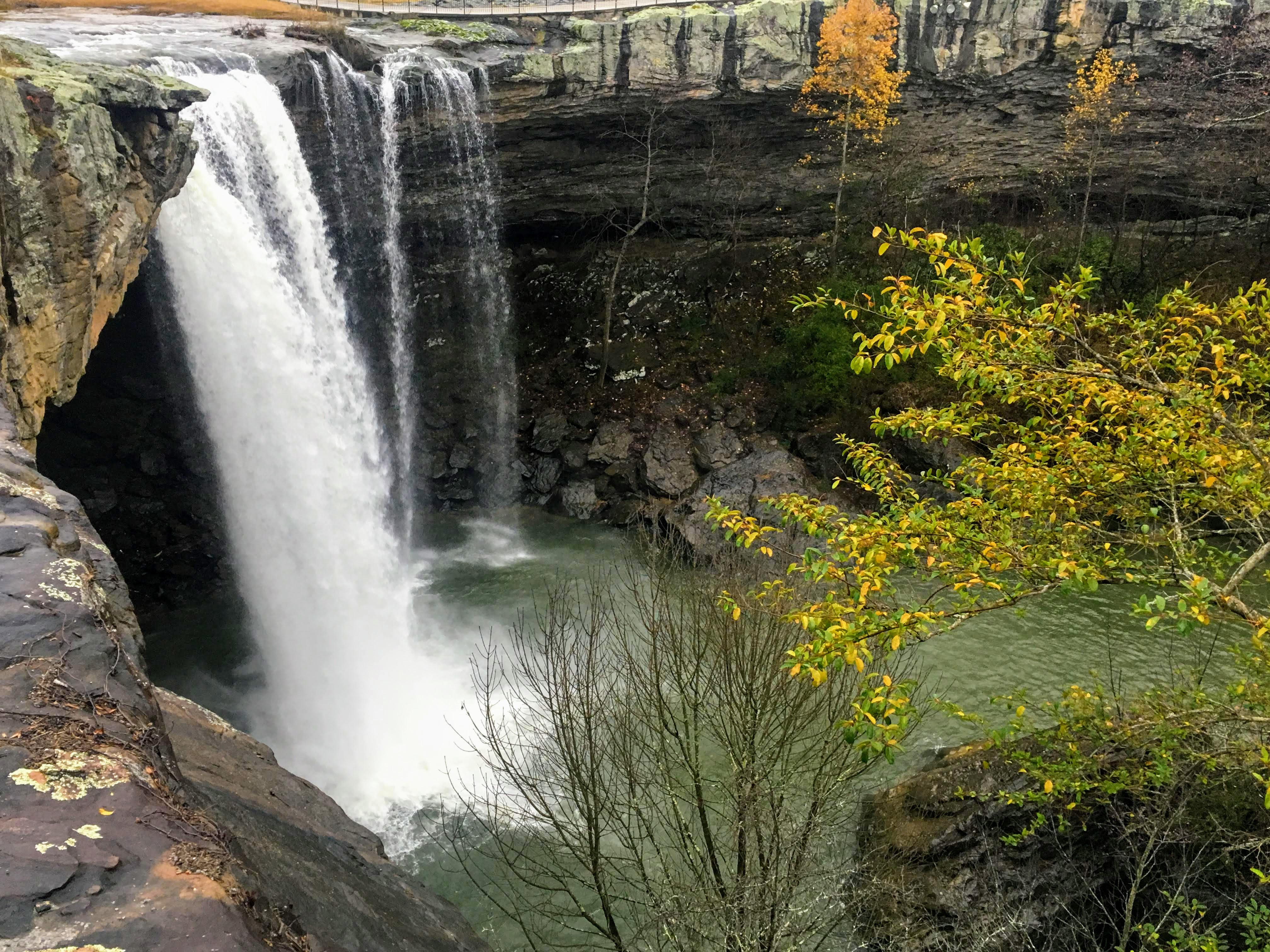 On a rainy day in December of 2018, we pulled the ambulance camper into the parking lot of Noccalula Falls and were immediately pleased with this beautiful oasis in the city of Gadsden.

There is a quaint little wedding chapel on that side of the park between the entrance to the campground and one of the waterfall overlooks and foot bridge that crosses Black Creek to the other side of the park. 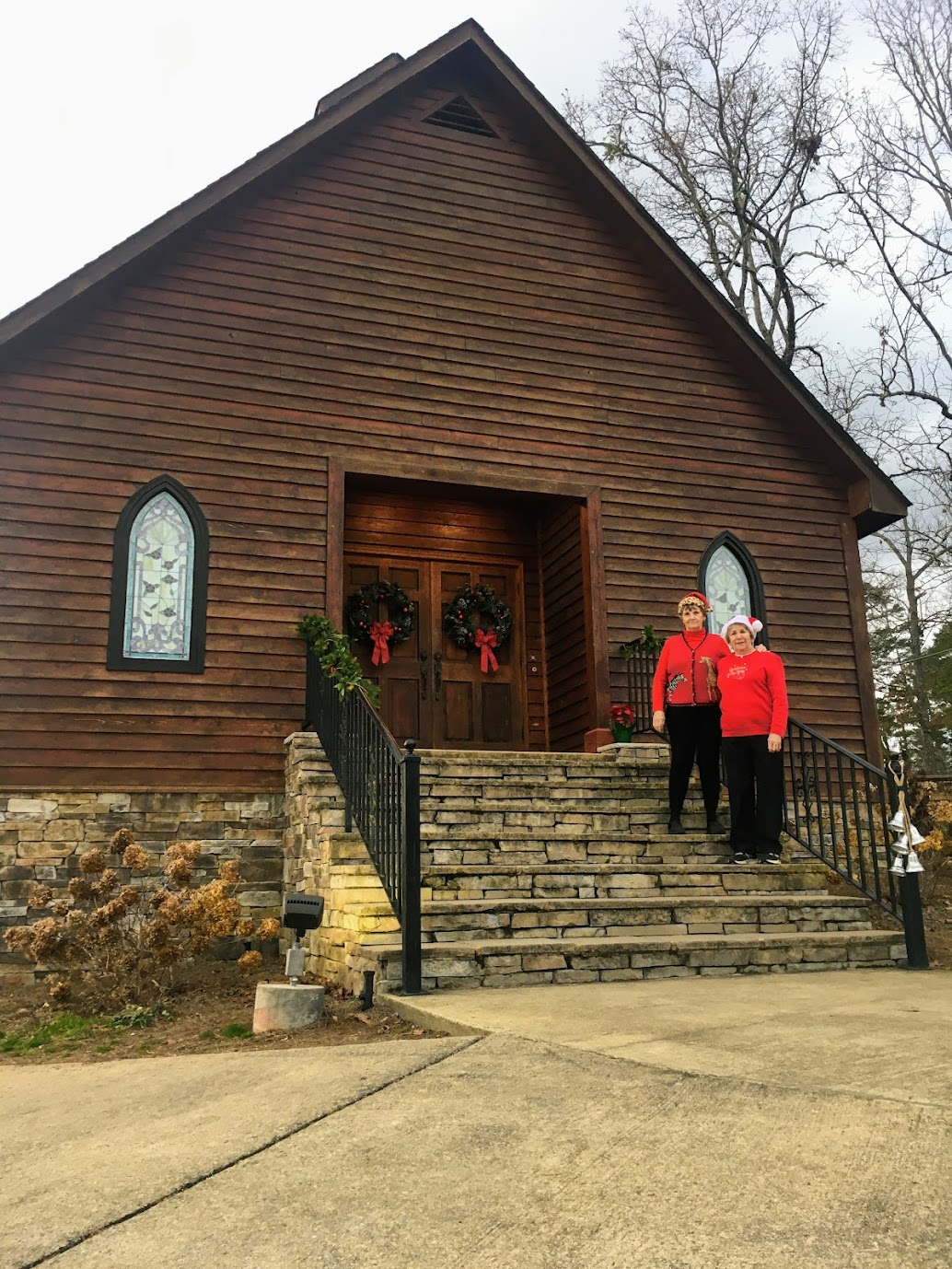 My mother-in-law and her sister at the wedding chapel at Noccalula.

After looking at the map, we decided to take the 2.9 mile Black Creek Trail in order to explore the gorge and get up close and personal with Noccalula Falls.

Since it was a soggy day with rain off and on the entire day, we geared up with our raincoats and headed out on the trail.

We passed by a tree with a natural heart on the way down to the gorge. 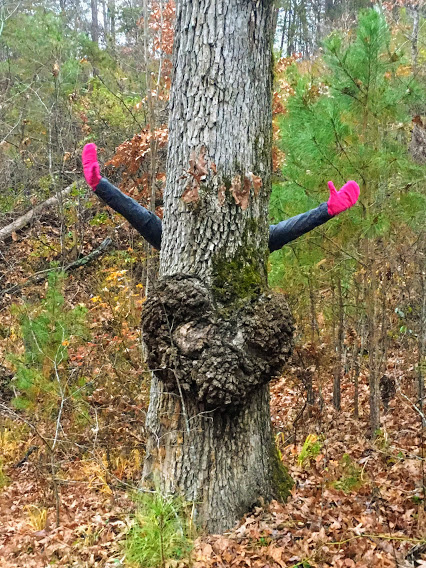 Down in the gorge, there was a cool suspension bridge that crossed the creek to make the loop back around.

One of the highlights of the hike was the ability to go behind Noccalula Falls and walk through the gigantic cave like overhang the falls drops from.

Interestingly, during our hike, we kept hearing this growling and almost roaring sound that seemed like it was coming from somewhere within the gorge and echoing off the canyon walls.

We didn't know what to think other than since this area is basically a wilderness area surrounded by a small town, it must be a bear.

What we found out after we ascended from the canyon is that Noccalula Falls Park has a small zoo on premises and they happened to have a lion at the time, so the bear attack was averted.

Sadly, I found out while writing this page that Sheila, the lioness that we were hearing, passed away the year after our encounter.  RIP, Sheila, "Queen of the Falls", as she was called.

Christmas at the Falls

After climbing out of the mortal danger of the botched bear encounter 😂😂, we found out another fact that we didn't know that changed the course of our Christmas celebrations.

We found out that Noccalula Falls hosts an awesome Christmas festival called Christmas at the Falls and since they were having it that night, we decided to clean up, get some grub, and come back to see what it was all about. 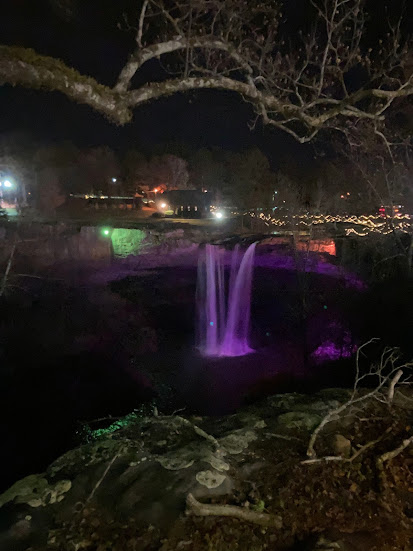 Again, we were not disappointed.  You can read more about this annual celebration and how it became a regular tradition for us on our Christmas at the Falls page.

The Legend of the Falls

The huge statue of the Cherokee princess poised to leap from the top of the gorge above the falls immediately piqued our interest. 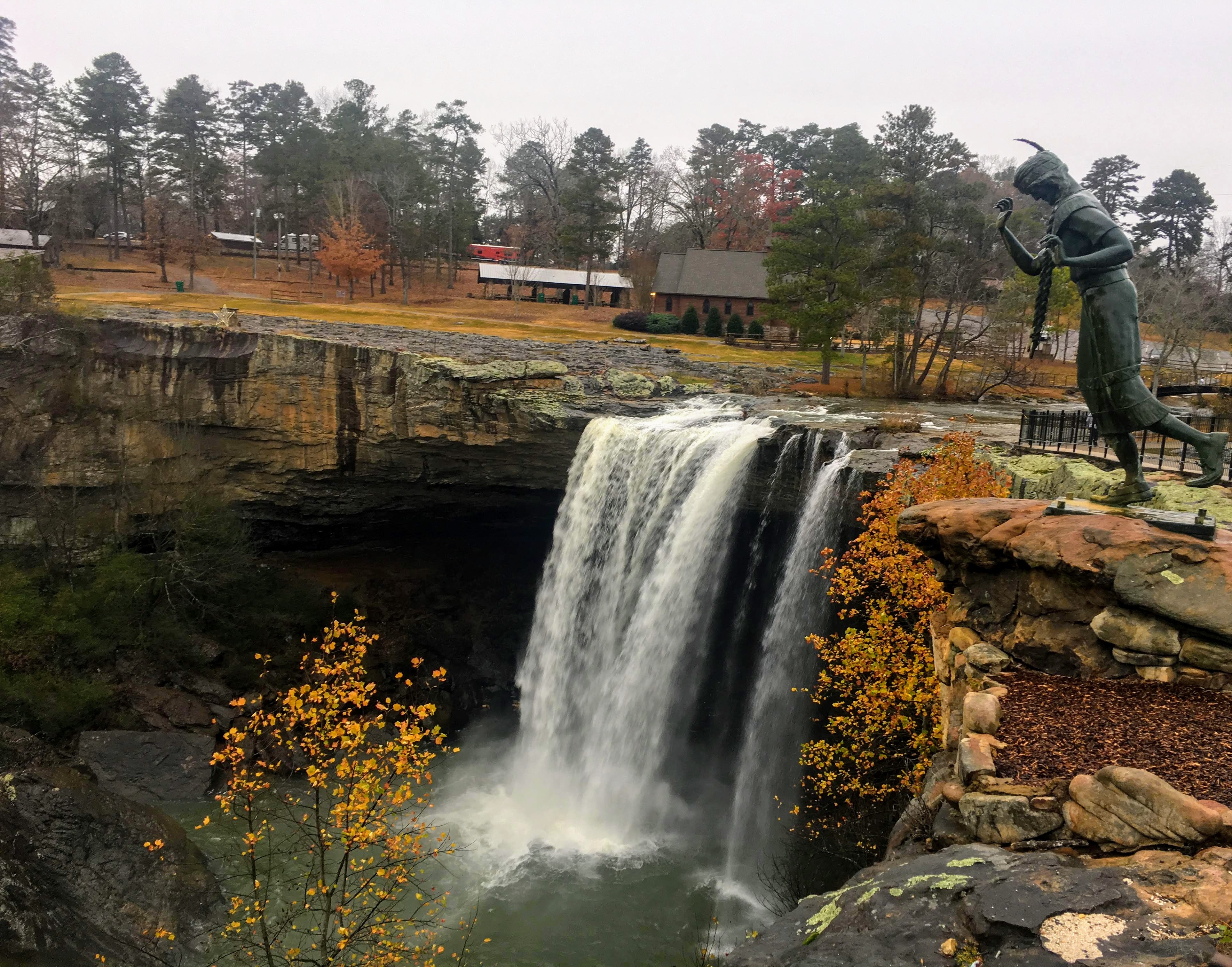 There are apparently several versions of the legend that were floated in times past, but one of the most notable is from a poem published in 1895 locally by Anne Mathilde Bilbro.  My summary of this version of the story goes something like this...

A Cherokee chief of a village near Gadsden betrothed his daughter, Noccalula, to a rich chief from another tribe.  But, Noccalula was in love with a young man from her own tribe.  After much pleading, her father insisted on her marrying the rich chief anyway, so Noccalula fled to the falls and jumped over, killing herself for love.

So, if you are like we were and sitting on the fence as to whether to visit Noccalula Falls or not...stop it.

Put on your hiking shoes and get down to Gadsden, Alabama as fast as you can and enjoy all that Noccalula Falls Park has to offer.